You are here: Home / Archives for Manage Money / Living Paycheck to Paycheck 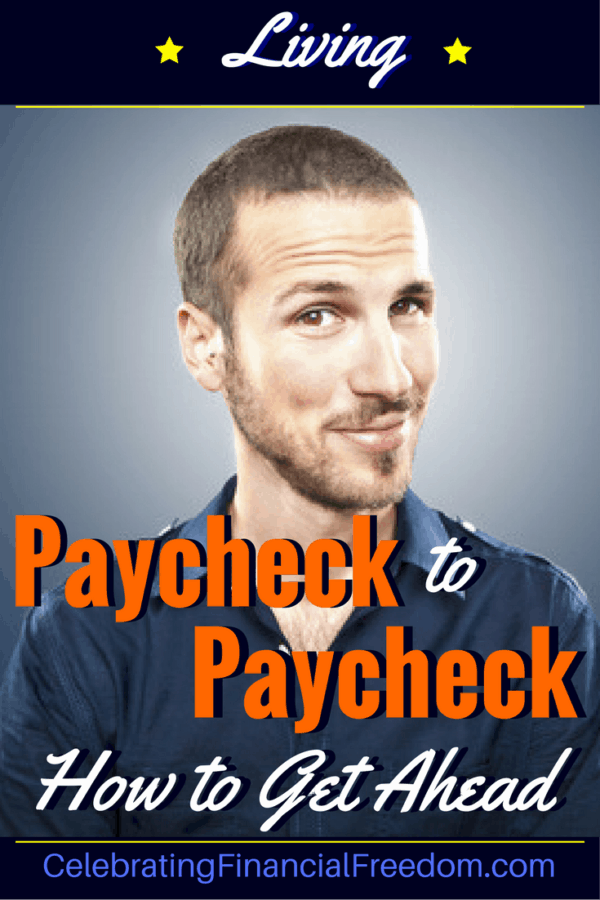 Studies show that more than two thirds of people are living the paycheck to paycheck life at least part of the time. That’s a pretty stunning statistic! Keeping your head above water financially seems to be getting harder and harder every year, and there are a variety of reasons why that’s happening. Living the Paycheck […] 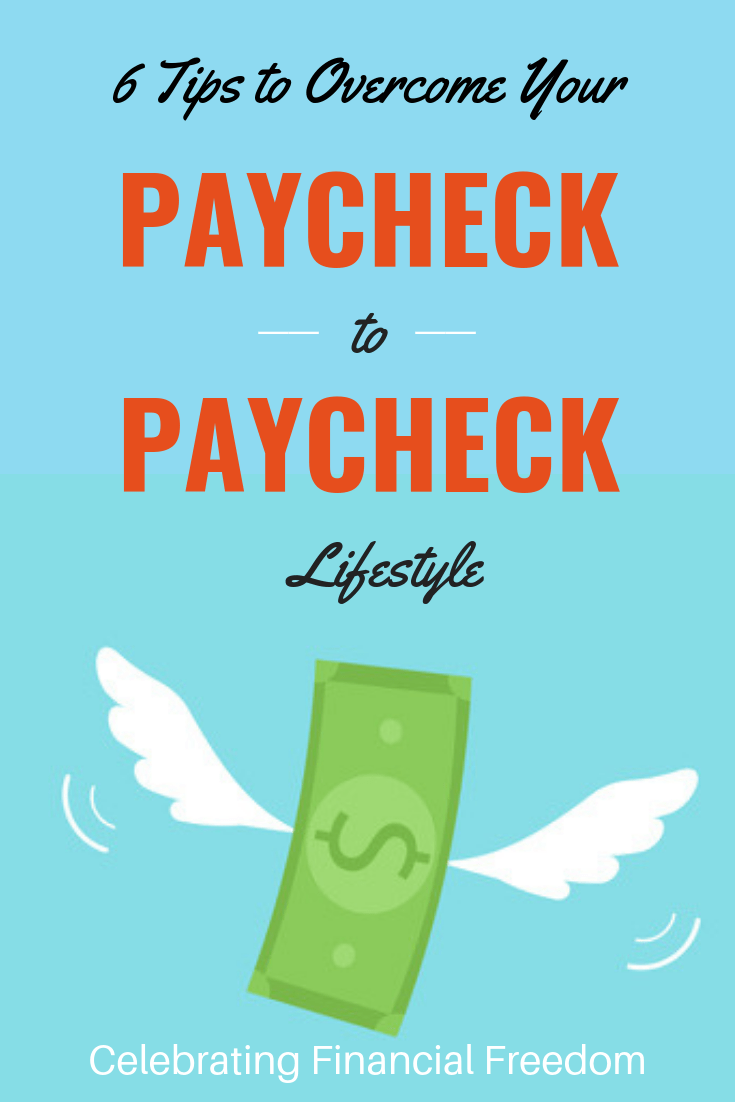 Nobody sets out to live paycheck-to-paycheck, but for countless Americans it’s a fact of life nonetheless. Managing your finances month-to-month without any chance of catching a break can be extremely stressful, especially as you run out of money and await the next pay period, hoping to get by without debt until then. Not to mention […] 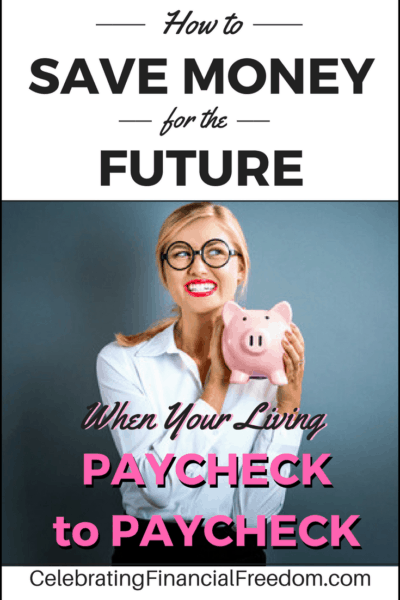 How do you pay off debt when you’re living paycheck to paycheck and don’t have any money?  I get this question just about every week from readers who want to pay down their debt but don’t feel like they have the income to do it. I certainly understand that line of thinking.  You’re living paycheck […] 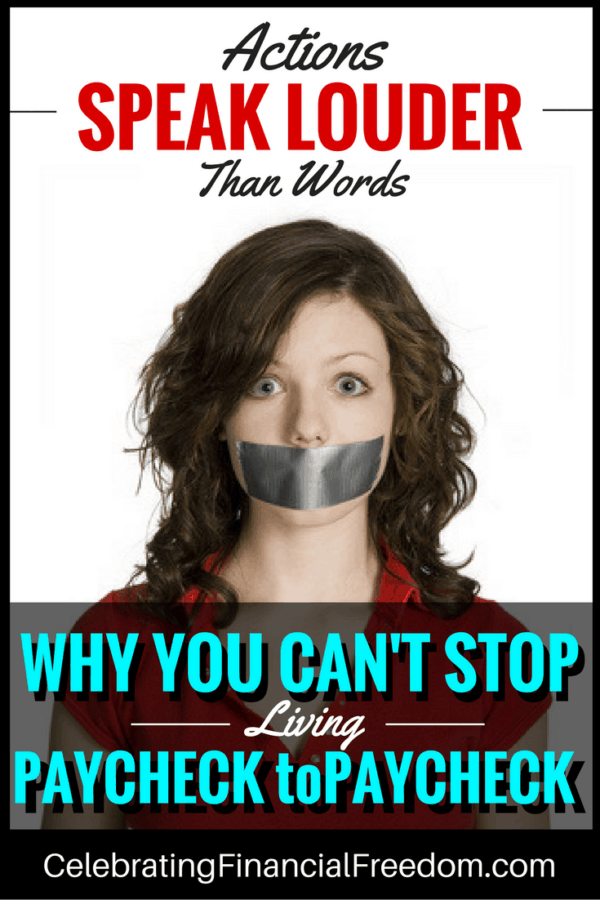 When your actions speak louder than words, you can accomplish almost anything!  But too often I experience people who say they want to stop living paycheck to paycheck but what they do doesn’t match up with what they say. Actions vs. Words You see the words vs. actions mismatch is true not only with money […] 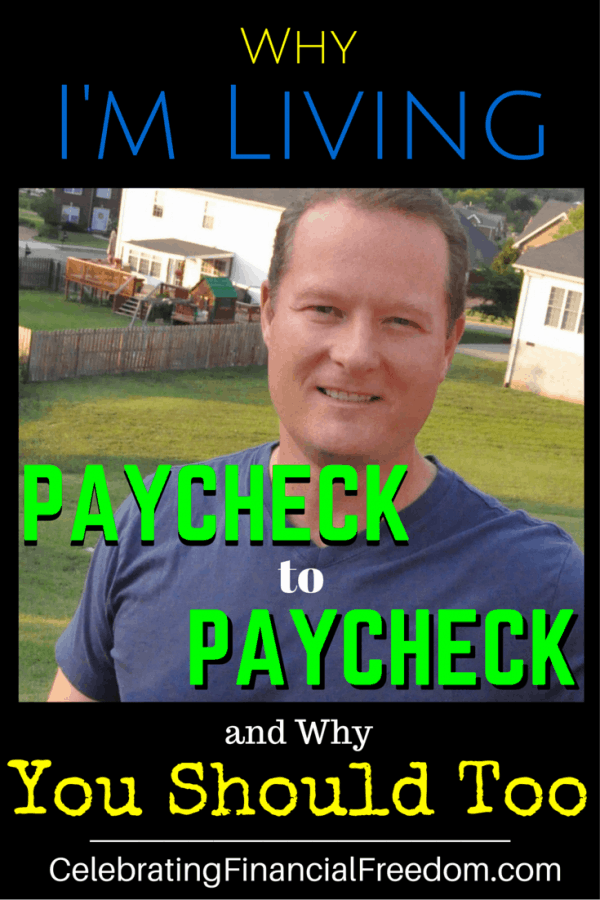 I’ve decided to come clean and make a confession about my finances!  I’ll fess up here in just a minute, But first I wanted to share a couple of important facts with you.  Did you know that studies show 2/3 of people are living paycheck to paycheck, and 1/3 of high income earners ($75,000 and […]