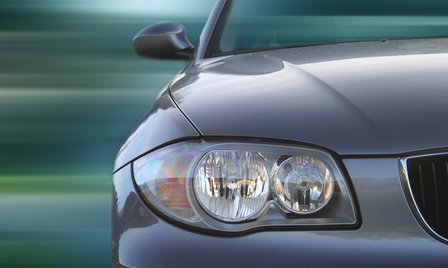 Ever had to finance a car?  When it comes to financing a car, there are good ways to do it, and there are not so good ways.  I’m going to tell you a little story about my very first experience financing a vehicle. I'll show you what it taught my wife Angie and I about managing our finances, and how we eventually started paying cash for our cars.

We Had to Finance Our First Car

About six months after Angie and I first got married, we decided we needed a new car.  So we went to the dealership and talked to the salesman, and in a few short hours drove off in our brand new Mazda 626.  We thought we got a good deal, but after I figured out how much extra we paid to finance that rapidly depreciating hunk of metal, I realized that we got hosed.

Not that the sales person or the dealership was dishonest.  They did a great job and we were happy with their service.  But we came to realize that adding a car payment adds stress to your life.  We discovered between the interest paid to finance the car and the rapid depreciation, financing is just a bad deal.

We Financed Our Next Two Cars

You would think after figuring that out that we would change our ways so our actions would match our beliefs, but no.  We traded in that car after a few years and financed two more within a year of each other.  It was a boneheaded move because we really hadn’t saved any money even though we knew at some point we would need another car.

After a couple of years of two car payments though, we finally decided that enough was enough, so we made a plan.  We decided once we got these cars paid off we would drive them as long as we could (our goal was at least 250,000 miles) and put the money we'd been spending on car payments in the bank to save for the next car.

So as we got the cars paid off and began saving, it was great to see the bank account moving upward instead of being drained by monthly car payments.  After a few years of saving we were able to pay cash for a sweet, barely used Infiniti.

Man did it feel good to be able to pay cash for that vehicle instead of signing a note committing us to years of payments.  I actually laid down $20,000 in cash on the salesman's desk at the dealership. Boy, was he surprised! What was once a financially stressful thing to do was now a joy!

That’s what I’m talkin’ about!

How NOT to Finance a Car- How we got hosed on our first car but now drive paid for cars!

We Gave Our Car Away

Paying for the car with cash also had the side benefit of allowing us to be more generous.  We were able to give away our old car to a friend’s daughter who just graduated college and had no transportation to her first job.  More joy!

This is what happens when you start using your money more wisely.

“That’s great” you might say, “Maybe you were able to do it without any problems.  But what if my car completely dies before I have enough money to get the car that I want?”

Well, if you saved your money after you paid off your vehicle, you’re still ahead of the game.  Let’s say your car dies and you've saved up $3,000 in your car account.  You go out and buy a $3,000 car.  Then keep saving and in a year or two sell that car.  Next, put your savings with the proceeds and move up to a better one.  You can repeat that more than once until you get the type of car you want.

The point is, you don’t have to keep sending payments to a finance company every month.  You don't end up spending 20-30% more for your car because you financed it.

When you follow this simple principle you’ll never have a car payment again.  You just have to decide to do things differently.

Angie and I are living proof and it feels so good!

Top 10 Money Myths That Keep You in Financial Bondage

Resources and Recommended Products- Tools You Need to Succeed