You are here: Home / Investing / The Miracle (or Curse) of Compound Interest
0 shares 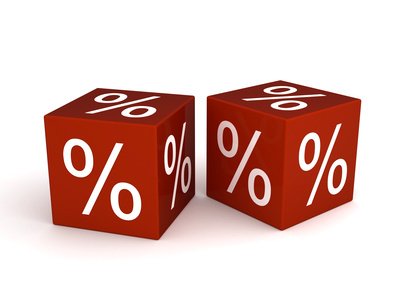 Most of us have probably at least heard of the term “compound interest” at one time or another. Usually it’s attached to the idea of investing money and watching it grow over time, building upon itself to get an exponential return.  Compound interest is a great concept that will make you much richer over time if you understand the concept and are willing to use it to your advantage.

However, there is a downside to compound interest that you don’t hear associated with the term that can actually work in the opposite direction to make you poorer over time.

So let’s take a look at how this happens and then I’ll show you how to avoid letting compound interest work against you.

Compound Interest Can Be Good

First, I want you to see what happens when you have compound interest working in your favor.  Let’s say you have $20,000 stashed away in your retirement account such as a 401k o r IRA.  You have put that money into investments such as stocks and mutual funds inside the account and you just leave it alone and let it grow.

Let’s say you get an 8% average return on that investment (which is a conservative estimate).  If you leave that $20,000 in the account for 20 years and that money, along with that 8% per year return compounds upon itself over time, at the end of 20 years you end up with just over $93,000 in your account.

That’s almost 5 times what you started with!

Compound Interest can make you rich, but interest on your debt is making you poorer

That’s how compound interest builds wealth and makes you richer over time.

Here's What Happens When You Do That

If someone came up to you on the street and said they would give you a crisp, new $20 bill, and the only stipulation is that you give them back $40 tomorrow, you’d probably tell them just what they could do with that $20 bill.

Anyone you ask would say that’s a bad deal, but when you demonstrate that borrowing money by using credit cards and consumer debt is exactly the same thing, these same people (who are in debt) give a puzzled look, and for some a light turns on and they begin to understand.  But for others, they just refuse to see that debt, and the compound interest that comes with it is a major drag on your finances and ends up making your poorer ever single time.

Let Compound Interest Work For You

If you want more money available to you and you want to succeed financially, you have to make sure that you use the concept of compound interest to always work for you and never let it work against you.

When you stop throwing money out the window by deciding to go cash only, making a plan to get out of debt, and working that plan, then you will eliminate the leaks in your finances and start succeeding financially like you never have before.

Don’t know how to get started?  Then take my Celebrating Financial Freedom self study course and you’ll learn step by step how to put together a get out of debt plan and eliminate those nasty debt payments forever!

You Can Get Exponential Returns

Are You Leaking Money?