You are here: Home / Biblical Finance / Control Your Money and Your Destiny
2 shares 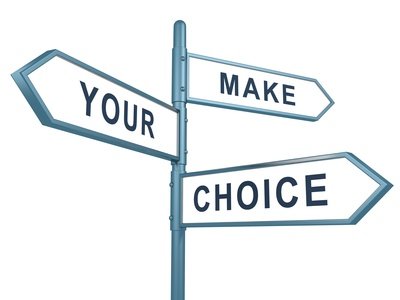 The biggest difference between people that are rich and those that tend to struggle with money comes down to one thing:  Impulse control.

Control Your Money and Your Destiny

I’ll illustrate this with a story about money and wealth that you may be familiar with.

A young man had worked out in the heat all day long, tending to what would one day belong to him, as he was the firstborn of his family.  When he returned home for the day very tired and hungry, he found his younger brother had fixed a delicious pot of stew.

The younger brother offered him a bowl, but only if he would trade away his firstborn rights and all that came with them.

Acting on impulse because of his burning hunger, the older brother agreed to give away his future life of wealth and comfort for an immediate need.

Trading Away Your Financial Freedom

It’s obvious to anyone that reads the story that trading away all your money, wealth, and firstborn rights for a bowl of stew is idiotic.

However, it’s much harder to see how we do that in our own lives.  Too many of us are trading away our financial freedom, our wealth, and our peace of mind on flashy clothes, a new car, or the latest gadget, paid for with loans and credit cards.

Because we don’t have good impulse control.  Without even thinking about it, we trade away our future to satisfy what we want now.

Jacob and Esau can teach you a lot about how to have financial security. Read about it here

Jacob and Esau and Your Money

As you may have figured out, that story is the biblical story of Jacob and Esau.  If only Esau had been able to keep control of his impulses he would have never given away control of the wealth and money that was promised him.  He would have lived in comfort and honor for all of his days.  But instead, it was his brother that lived that life of honor and wealth.

Think about it, how many times have you traded the right thing (such as saving and investing your money) for the easy, short term comfort of buying a new car, gadgets, or trips to restaurants with money you don’t have?  How often have you put off the impulse to have cool things you can’t pay cash for in favor of future prosperity?

Gain Control Over Your Impulses

Whenever you decide to control your money well and make the effort to put long term goals ahead of short term impulses, you set yourself up to win with money and in life.

When you learn to gain control over your impulses, it’s like excercising, the more you do it, the stronger you become, and the easier it is to do.

It’s easy to see where Esau went wrong.  But what are you going to do?  How bad do you want financial freedom?  When you decide you want it bad enough, that’s when things start to change and you stop trading long term prosperity for short term wants.  That’s when you begin learning to control your money.

Question:  Have you been doing anything to take better control of your money?

Tell me about it in the comments.

Read other posts in the Behavior Category